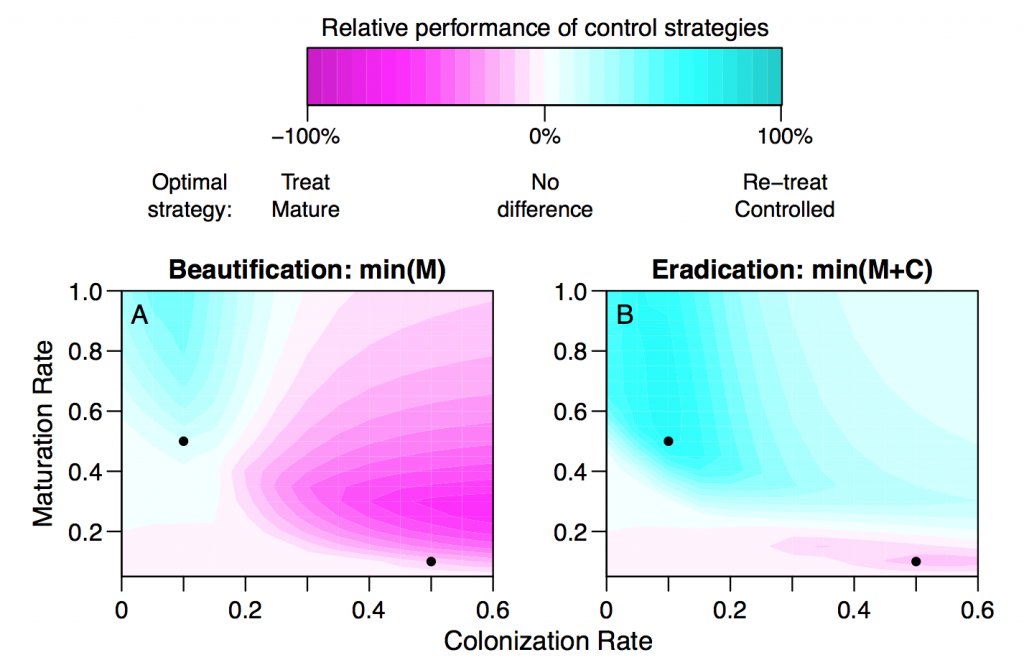 Non-native plants such as kudzu, English ivy and wisteria can quickly run rampant in the southeastern US, and while notoriously hard to eradicate, can be quickly and cheaply managed by mowing or pruning to prevent reproduction. Research conducted by UGA Genetics graduate Sandra Hoffberg and overseen by Richard, used mathematical models to explore how invader traits and control mode of action determine whether control objectives are better met by controlling untreated infestations, or re-treating previously controlled sites. In general, treating heavily invaded sites is optimal if the goal of control is “beautification” (maintaining the invader in a managed state) while re-treatment of controlled patches is more likely to locally eradicate the invader. However, depending on whether the invader is fast-growing or fast-reproducing, the optimal control strategy can switch according to the time horizon of management and the cost and efficacy of the chosen control method. The research was recently published in Biological Invasions.